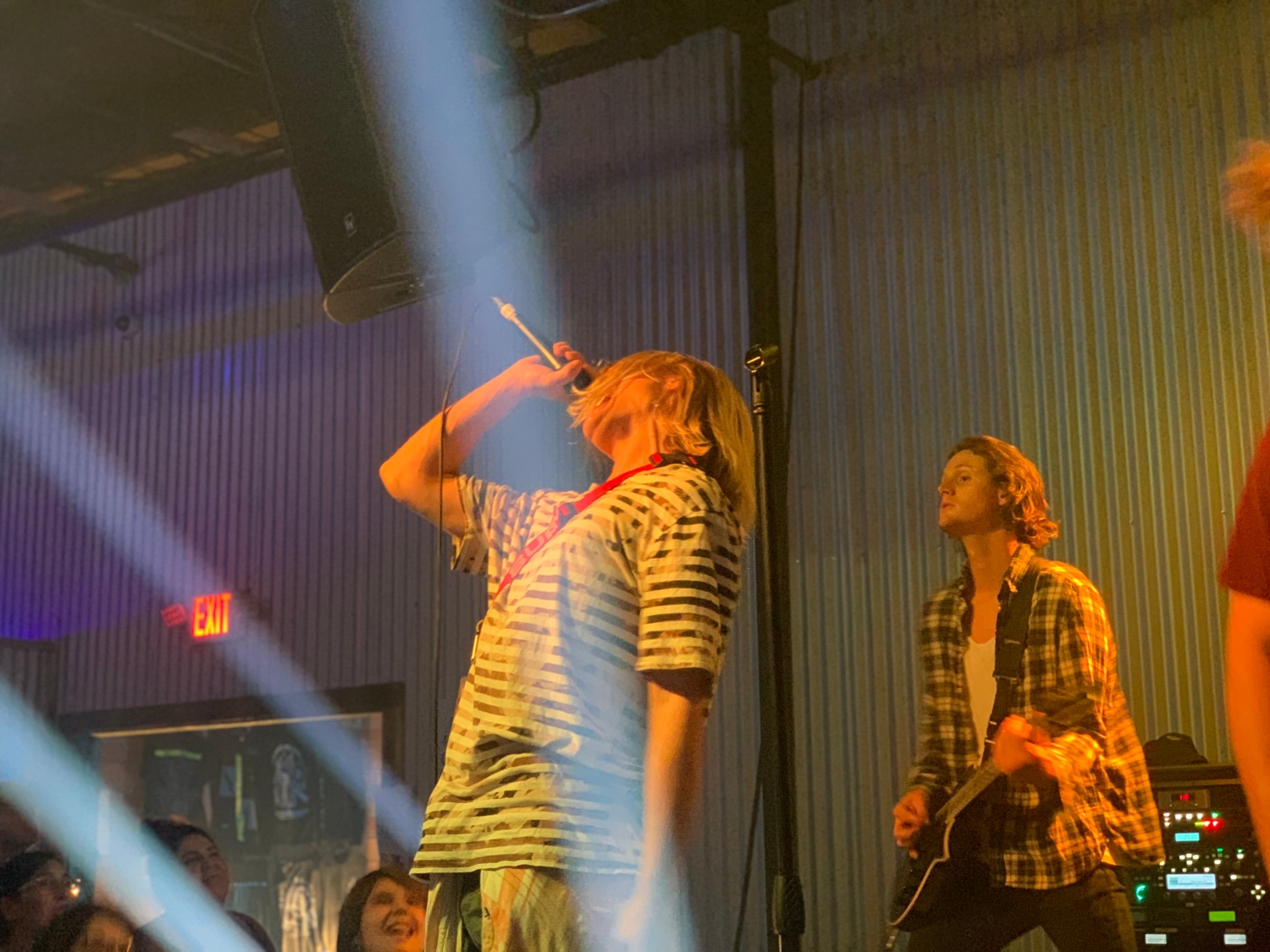 SAN ANTONIO — There’s really no better way to combat 100-degree Texas heat than by drinking an ice-cold beer and jamming out to a live show.

Dallas based Sunsleep joined Lexington, KY band Picturesque for a tour that led them to the Alamo City. Both bands are a good mix of rock with a blend of post-hardcore and smooth vocals that will have you singing along by the end of the night.

Both bands complemented each other so well with their performances and matching high-energy and piercing vocals.

Hot off the press is Sunsleep’s most recent single, “Drifting Away.” The sound is a polished and smooth post-hardcore and melodic track that has lead singer Devin Barrus hitting high notes that are refined.

All it takes is one fan to make the entire live music experience a plus. I noticed as I was close to the front of the stage, two fans, that were ecstatic to see Sunsleep play. I took a drink of my beer and enjoyed the show. Sunsleep kick-started a night of great music and took charge as Picturesque was set to end the night.

Prior to Picturesque’s set, I walked around the venue and noticed that it was a decent size and the layout of the floor near the bar made it a breeze to catch the show from different angles. Vibes Underground is a new offering at the Vibes Event Center and had a pleasant experience.

I ordered another drink then went outside for some fresh air and was happy to see the same ecstatic fans in the front row with their cameras out ready for the band to go on. Picturesque’s crew was setting up for the show, I saw each member of the band except lead singer Kyle Hollis.

That had me curious, but it wasn’t something out of the ordinary. I’ve seen multiple bands where the lead singer comes out last and kicks off the show. Sure enough, the lights went out and Hollis had stormed the stage as Picturesque began to perform.

Picturesque has a way of filling the room with energy so easily. Hollis’s can easily hit high notes and his vocal range is diverse. On many of their tracks, Picturesque has a solid rock sound paired with Hollis’s piercing vocals and smooth melodic tones.

Their most recent single, “Swipe” focuses on the modern world of dating and dating app culture.

As Hollis kept moving from side to side on stage, I couldn’t help but notice all of the band members just jamming out. They performed each song exceptionally, and even played one of my favorites, “Speak Softly.”

I wasn’t too sure what to expect out of the sound of the venue, but it was perfect. The sounds reverberated perfectly, and the vocal delivery and acoustics were crystal clear. The guests were having a blast singing along to Picturesque and they were moving their hands left to right all night.

It was clear that Picturesque was ready to play and all the fans including myself were eager to play along and enjoy the performance.

Let’s see which show comes our way next.

This story was originally published for News 4 San Antonio.